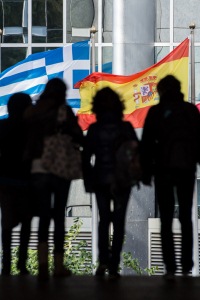 The Historical Archives of the European Union and the European Parliament Information Office in Italy hosted the 2013 European Citizen’s Prize Italian award ceremony on 20 September in Villa Salviati.

The European Citizen’s Prize, launched by the European Parliament in 2008, is awarded to individual citizens or groups for their outstanding activities that either facilitate cross-border cooperation within the EU or promote better mutual understanding and closer integration between citizens and member states.

This year 37 people from 19 member states were selected for the prize in honour of their good work.

The Italian awardees recognised at the EUI ceremony were; Daniel Vogelmann, the association Avvocato di strada Onlus and Eugenia Bonetti, president of Slaves No More Onlus.

Congratulations to them all.