Zygmunt Bauman: “we either cooperate or we go down together" 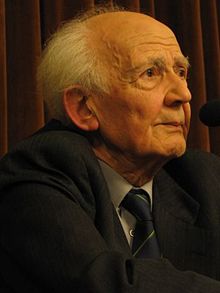 Every seat was taken in the Badia’s theatre on Wednesday evening for a colloquium between Zygmunt Bauman and Joseph Weiler. The discussion focused on the future of transnational universities and sought to explore their strengths and deficiencies and to ask if they are in need a of new justification.

Bauman, a Polish sociologist and author based at the University of Leeds, told the audience “we are already living in a global reality; there is no retreat from that.”

Bauman asserted that Europeans would inevitably find themselves living and working closer together whether they liked it or not, saying “we either cooperate or we go down together, there is no third choice.”

Joseph Weiler, president of the EUI, said that because of its international nature, the institute “cultivates humility and the discipline of tolerance.” But Weiler also warned of “a dark side” because of its potential to lead to “a new kind of homogenization.”

In 2001 Bauman’s famous work Modernity and the Holocaust was published. In the book Bauman argues that the Nazi genocide was not an aberration, that it could happen again and that modern society had failed to learn key lessons from the greatest crime in human history.