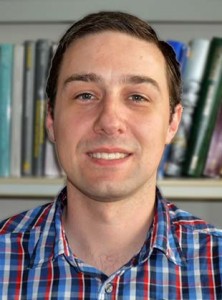 Fernando Casal Bértoa, a former EUI researcher, has announced the launch of his new website whogoverns.eu, a database of the cabinet politicians who govern Europe today as well as those who governed in the past.

“It was my idea.” explains Bértoa, who is now a research fellow and the University of Nottingham,  I started collecting data on cabinets when I was a Ph.D. student at the EUI writing a thesis on party system institutionalization in East Central Europe under the supervision of later Prof. Peter Mair.”

Parts of the site are still under construction, but once it is finished, users will be able to quickly find out who was in charge of transport policy in Latvia in 1991. “It’s important because it will be the only site to contain information on government composition between 1848 and the current times” claims Bértoa.

The project, supported by the School of Politics & International Relations at Nottingham, involves a significant amount of research.  Bértoa explains that he traversed the continent to fill in the gaps, “I started using official primary sources for developed countries like the Nordic ones. Then I used secondary sources for countries like France, Portugal, etc. Finally, I started travelling to different places in order to get the data myself.”