A Day of Reflection on the politics of Piero Malvestiti 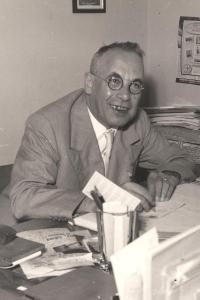 On 29 November the Historical Archives of the European Union in collaboration with the Istituto Sturzo in Rome and the Department of History and Civilisation held a day of reflection on the European and Italian politics of Piero Malvestiti.

The event marked the public exposition at the Archives of documents which bear witness to Malvestiti’s important contributions to the Italian and European political spheres.

A victim of political persecution during the Fascist regime, Malvestiti co-founded the Movimento guelfo d’Azione and contributed to the expansion of Programma di Milano, which led to the conception of the Christian Democratic party after the war.

During his career in Italy, Malvestiti was a deputy of the Italian Constitutional Assembly, under-Secretary at the Exchequer, Minister for Transport and Minister for Industry and Commerce. After his departure from Italian political life he dedicated himself to European integration and served as the Vice President of the European Economic Community and President of the European Coal and Steel Community.

Giuseppe Sangiorgi, Secretary-General of the Istituto Sturzo said Malvestiti should be remembered as a salient figure in the history of twentieth century Italy, antifascism and Europeanism.

Doris Pack, Chair of the EU Committee on Culture and Education and Carlo Casini, Chair of the European Parliament’s Committee on Constitutional Affairs also spoke at the event.  They mentioned the fundamental role the Historical Archives have as a place of history and memory and praised the personal commitment of those involved in the modification of the EU regulation which consolidated the financial foundations and the mission of the Historical Archives.

Dieter Schlenker, Director of the Historical Archives, closed the Day of Reflection by stressing the relevance of the tight connection between the archival work and historical research, pointing out that the wealth of information that emerged during the day of reflection opened new horizons of research for the scientific community.

by Niccolo Tognarini and Mary Carr, Historical Archives of the European Union.