Accession and identity: a Croatian conundrum 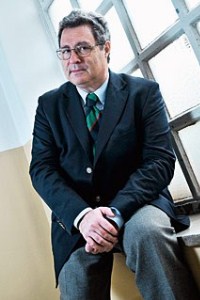 Issues of disputed identity during the 1990s helped to slow Croatia’s accession to the European Union, according to Croatia’s Ambassador to Italy.

Speaking at the ‘28th star’ roundtable discussion, held at the EUI on 9 December, Damir Grubiša said Croatia’s self-perception as being “more European” inadvertently delayed its progression leaving Slovenia to became the first former Yugoslav country to join the EU.

As early as 1991 both Slovenia and Croatia were offered privileged entrance into the European Community as part of Yugoslavia, however both refused, preferring to join as independent countries.

The Balkan wars of the 1990s meant legislation safeguarding human and minority rights was delayed until Croatia’s territorial integrity was regarded as secure, and documents agreeing to the modus operandi of the EU and agreeing to Central European free trade were also delayed.

According to Grubiša there was confusion about the idea of Europe and Croatia’s role within it. “There was a basic misunderstanding of what Europe is, a confused European identity. It became implied as identity of middle Europe…this was a dangerous reduction because it denied us our other two identities [Mediterranean and Balkan].”

By 2000 as accession negotiations began, Croatian domestic politics witnessed an increase of populism, nationalism and xenophobia as the country grappled to balance its identity as an independent nation, Balkan nation and future EU member state.

Speaking alongside Grubiša, Branko Baricevic Head of the European Commission Representation in the Republic of Croatia, said such dilemmas are now being resolved as the country accepts this modern plurality: “Croatian identity is now accepted, that was not the case in the beginning [of accession negotiations].”

Highlighting a new acceptance of this plurality Croatia has vocally supported EU membership for all the Balkan countries believing it to be in the best interests of Croatia and the region.