EUI Alumna Stefania Baroncelli has been appointed as Vice-Rector of the Free University of Bolzano. The lawyer, who was a researcher in LAW at the EUI between 1993-1998, has worked at the university in South Tyrol since 2002. 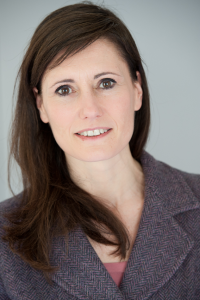 After completing her PhD thesis on the Federal Reserve System and the European monetary union, Baroncelli stayed at the EUI to work as a Research Associate on a project about the European Central Bank. It was from here that she made the move to Bolzano. ‘My interdisciplinary experience was a strong point,’ she told EUI Life. ‘I was able to talk about monetary union from a legal point of view.’

The EUI’s international character also assisted her in her career in South Tyrol. The region, at the border with Austria, has a degree of autonomy from the Italian education system. Students at the Free University are taught in three languages (Italian, German and English), and the town even has a majority of German speakers. ‘I learned German at the EUI because of my PhD topic,’ Baroncelli explained, ‘And also because the EUI is English speaking I have the capacity to speak to people from all over.’ True to the ethos of the EUI, Baroncelli emphasizes the benefit of her distinctly European education. ‘After seventeen years this is still important, as I am perceived to be not only from an Italian background but a European one. I am not identified as part of any one group.’

In her role as Vice-Rector of the university, Baroncelli hopes to make the student experience more international, whilst retaining the connections to the unique local region. ‘We remain responsible for organizing all kinds of events at a local level,’ she said. ‘But we are thinking about having more exchanges, more joint degrees and double degrees with other states.’

The EUI Alumni network has proved an invaluable resource for Baroncelli in growing her career, and the reputation of the Free University. Along with EUI Alumna Federica Bindi, and others, Baroncelli is organizing a workshop about Women’s leadership financed by the European Commission. ‘I always keep in touch with former colleagues,’ Baroncelli said. ‘Right now I am also trying to publish an article in a legal journal of the EUI with a colleague from Political Science. It is crucial to have this contact’ she said.

The EUI congratulates her on her new appointment.