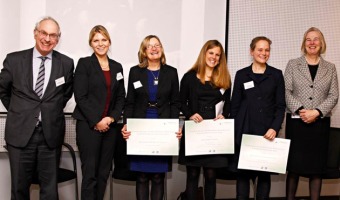 A former researcher from the EUI’s Department of Political and Social Sciences has received the Theseus Award for Promising Research on European Integration.

Theresa Kuhn won the awarded for her thesis, ‘Individual transnationalism and EU support. An empirical test of Deutsch’s transactionalist theory’, which she defended at the EUI in 2011. The award was presented in Brussels on 6 December by Theseus, a network which brings together academics and politicians to discuss the future of Europe.