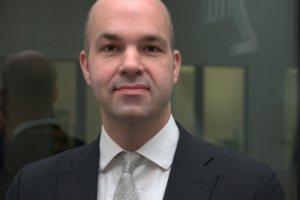 A former EUI economics researcher has been appointed president of the German Institute for Economic Research (DIW Berlin).

Marcel Fratzscher joined DIW Berlin on 1 February, after more than a decade at the European Central Bank (ECB). For the past four years he served as head of the ECB’s International Policy Analysis Division, a role he says closely relates to his new post: “What I like about the ECB is that it combines research, analytical work and policy. My new job is very similar…it translates economic research into economic policy recommendations and advice.”

As president, Fratzscher says he aims to bring a more regional approach to DIW Berlin: “I want the Institute to have a stronger presence in big debates on the European crisis; that’s one of the main priorities. It’s called the German Institute, but one big objective is to make the perspective more European and global. Even if you primarily have German customers, we still think it’s important to understand the global debate and how this impacts Germany and Europe.”

Additionally, he aims to build DIW Berlin as a think tank and strengthen the PhD programme, which takes on around 15 new researchers each year. The dean of graduate studies there, Helmut Lütkepohl, worked as a professor at the EUI’s Department of Economics from 2002 until 2011.