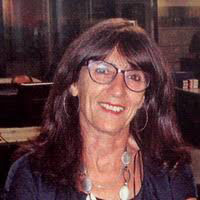 The EUI is sad to have learned of the death of former colleague Ana Franqueira Torres, who passed away on 8 November 2017 in Portugal at age 59.

Ana Franqueira worked at the Historical Archives of the European Union from 1 October 1993 to 15 September 1998.  In 1998 she returned to Portugal after having been offered a position by the Sociedade Independente de Comunicação (SIC), a Portuguese television network and media company. As Director of SIC’s  Audiovisual Archives, where she worked until 2015, Ana was known for her innovativeness and professionalism.  In 2014, she earned a doctorate in archival studies from the University of Alcalá with a dissertation entitled ‘O Sistema de Gestão e Arquivo de Conteúdos da SIC: Proposta de Indicadores para Medir a Eficiência de Um Arquivo Digital Audiovisual, com Base na Análise de Valor’

Our thoughts and compassion are with her family at this painful time.