The Institute is sad to announce that Bernard Gbikpi, EUI Alumnus (SPS Department Class of 1989) passed away on 4 April 2017 at the age of 58, after a long and courageous fight against a serious illness. 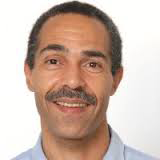 Bernard remained in close intellectual and social contact with the EUI community over the years, and was a familiar face to many of us around the Institute.

All who had the chance to have met Bernard, be it at a conference, over coffee, or had an occasional chat with him will remember his kind and generous approach towards life, his interest in learning, in engaging with people whoever they were and whatever status they had, be it a friend a colleague or just someone he met.

To those who were his friends, happiness remains for having witnessed his love and loyalty towards his family, his friends and colleagues. Great sadness remains because he will be terribly missed.

The Institute expresses its sincerest condolences to his wife and our colleague Ruth, and to their children Brady, Nath and David.

Bernard’s funeral will take place on Saturday 8 April at 10.30 in the church of Santi Fiorentini in Via Centostelle 11, Florence.  Friends who wish to bid him a last farewell may do so at the Chapel of the same church until Friday, 7 April.