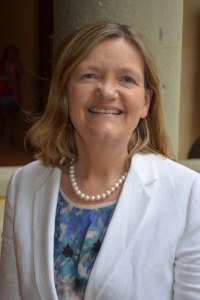 Brigid Laffan is the new director of the Robert Schuman Centre for Advanced Studies. Formerly professor of European Politics at University College Dublin where she was vice-president between 2004 and 2011 she also served as the founding director of the Dublin European Institute from 1999. Professor Laffan is a member of the Mary Robinson Foundation for Climate Justice, the Fulbright Commission and was elected a member of the Royal Irish Academy in 2004. In 2012 she won the THESEUS Award for outstanding research on European Integration.

A full interview with Professor Brigid Laffan will appear in the this autumn’s edition of EUI Times.