The Real Estate and Facilities Service (formerly the Logistics Service) has hired Walter Pugliese, a mechanical engineer, for the new position of Buildings Expert. 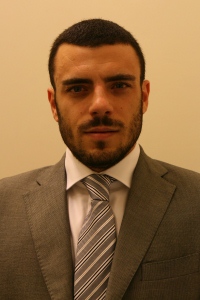 The position entails the management of all of the EUI’s 14 sites, and includes acting as the EUI’s go-between in dealings with local and national authorities, builders and providers on business related to EUI buildings.  At the moment Pugliese is predominantly occupied with overseeing the move of the EUI administration to Villa Salviati and  superintending the functioning and maintenance of the newly acquired EUI apartments.

“I’m here to help the Institute manage its relationship with Italian authorities with regard to its buildings; to evaluate the building needs and plans of the Institute;  and to trouble-shoot problems, figure out solutions, and find the best way to move forward”,  he states.

Pugliese arrived at the EUI in November after having worked for three years at the European Food Safety Authority in Parma. “I was working in a European Commission [funded] agency, so the natural path was to join another European Commission agency or an intergovernmental organisation; the European University Institute was the best choice,” he says.