Club de Madrid to debate decline of democracy at the EUI 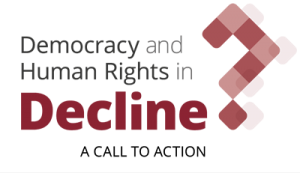 The EUI will host a meeting for the Club de Madrid and the Robert F. Kennedy Center for Justice and Human Rights (RFK Center) in Florence on the 24th-25th of November. The theme of the meeting will be ‘’Democracy and Human Rights in Decline? – New ideas for the Next Generation Democracy” and will involve 40 Club de Madrid members along with academic experts from around the world.

The Club de Madrid is an NGO made up of 95 former democratic leaders from across the world who work together to promote democracy. In Florence they intend to launch the Next Generation Democracy project, (NGD) which they hope will engage scholars, politicians and other stake holders in discussions regarding the future of democracy.

In the wake of the terrorist attacks on New York and Washington in 2001, the global economic crisis which began in 2008 and the economic ascent of authoritarian countries, many have wondered whether democratic ideals and human rights have diminished across the globe. Delegates will present data detailing democratic trends from all over the world between the years 2000 and 2015 before analysing the impacts they will have on the years to come. Experts will explore the effects of representative politics in the areas of poverty, inequality, conflict, justice and the use of natural resources. This will be done with a view towards reversing the erosion of democracy.