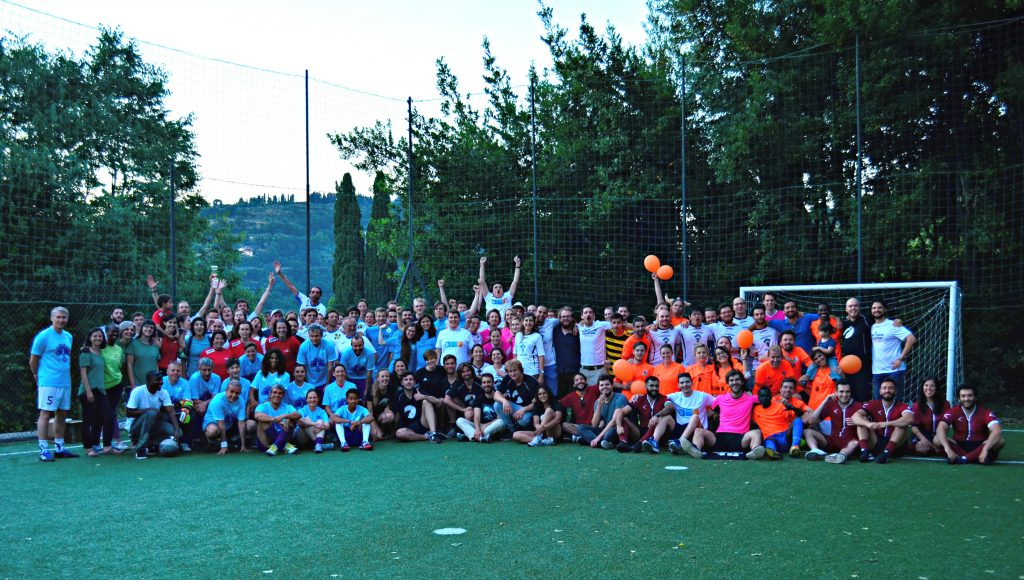 The teams come together at the opening ceremony.

The Coppa Pavone kicked off last night in spectacular style, with tense matches for both the mixed and Femminile teams. Early in the evening, New Team were victorious over the now-established  Flush Royale, whilst the tight battle between last year’s CPF champions Weberly Hills and second-place Communardes ultimately ended with the ladies in red coming out on top.

At 20.00, the third annual Coppa Pavone opening ceremony began. Chiara Santantonio introduced the teams, who ran onto the pitch one-by-one, accompanied by their chosen competition anthems. The Wolfpack, a team largely formed by second year SPS and Law researchers, came on to Run with the Wolves by the Prodigy. Meanwhile, Caffé Scoretto, newcomers to the Femminile, opted for Despascito.

Diego Garcia and Jan Karremans, part of the EUI 2012-2013 cohort for whom this will be the last Coppa Pavone, each said a few words to sum up the spirit of the event, before inviting all players to join together in a group hug. 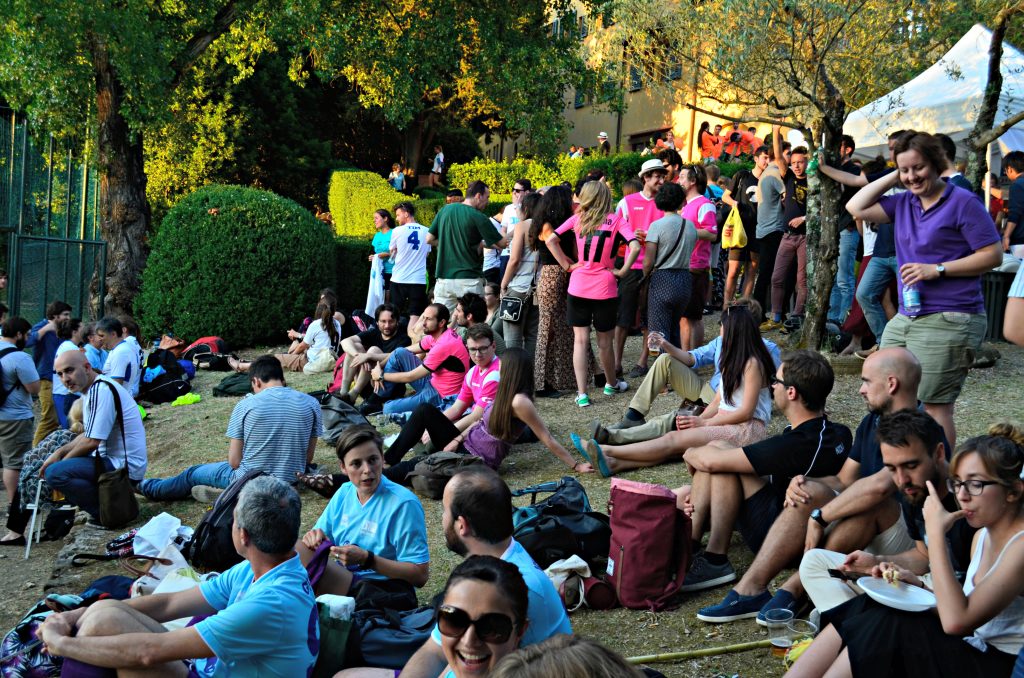 Bar Fiasco is on-hand with burgers and beer for fans.

With the friendly welcome out of the way, the competitive spirit of the Coppa truly emerged. Salviatici, who count the EUI Secretary-General Vincenzo Grassi amongst their number, took on the Ladybirds at 21.00. Both teams had strong players, but ultimately Salviatici were outclassed by their fluorescent rivals. Later in the evening, I Buoni took on the Bee Team. During the late-night 23.00 game, the highly-rated Montecarla Legends drew with underdogs the Wolfpack.

Head down to the Schifanoia pitch any weeknight evening until June 8th to see more teams in action. As always, Bar Fiasco will supply fans with beer and burgers. In this hot weather, the bar is also offering free water to all players.