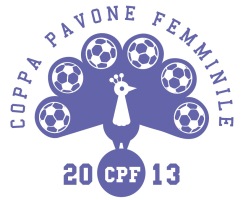 The EUI’s first women’s football tournament will take place in June, running in parallel with the long-established Coppa Pavone.

Coppa Pavone Femminile aims to bring six teams together to compete during early June, giving women the chance to have more time on the pitch and take part in both tournaments.

The concept was created by Juana Lamote de Grignon Pérez, a fourth-year researcher, who began playing football through the Coppa Pavone. “The idea emerged from the fact that we love Coppa and we love playing. If you’re a woman there isn’t much space [in the Coppa Pavone]. Even though the rule doesn’t prohibit more than one woman playing at one time, in practice it doesn’t happen. If you like playing a lot then you want more,” she says. 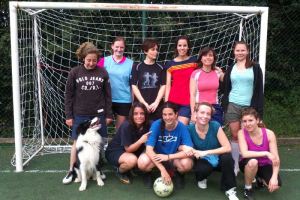 Núria Cangròs i Alonso, a library trainee; Sara Tirinnanzi, daughter of a language teacher at the EUI; and Juana have so far recruited 25 players. They’re aiming to reach 30; allowing one match to take place each day for two weeks.

The idea of Coppa Pavone Femminile is to introduce women with no prior experience to football. “Give it a try,” says Sara, “It’s a lot of fun. I think if people try it they’ll be surprised how much they like it.”