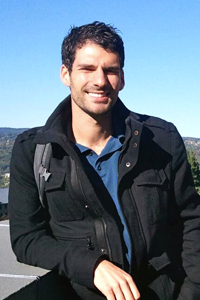 Former Max Weber Fellow Phillip Ayoub has been awarded two prestigious prizes for his PhD thesis, ‘When States ‘Come Out’: The Politics of Visibility and the Diffusion of Sexual Minority Rights in Europe’, defended in 2013 in the Department of Government at Cornell University.

He won the 2014 American Political Science Association (APSA) Human Rights Section’s award for Human Rights, where his work ‘stood out for its originality and overall excellence’.

At Cornell he has been awarded the 2014 Janice N. and Milton J. Esman Graduate Prize, which is given  in recognition of distinguished scholarship by a graduate student culminating in a superior completed dissertation.