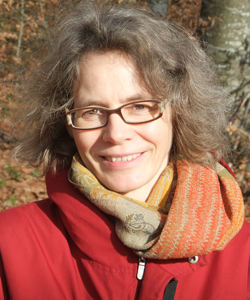 Professor Bohle is an expert in comparative political economy, including varieties of capitalism, institutional political economy, industrial relations, and housing (finance) regimes;  and in Central and Eastern European economies and politics.  Her volume Capitalist Diversity on Europe’s Periphery, co-authored with Bela Greskovits, was awarded the 2013 Stein Rokkan Prize for Comparative Social Science.

Professor Bohle has held numerous visiting positions in Europe and North America, and has won numerous research prizes and awards, including a Fernand Braudel Fellowship at the EUI.

While at the EUI she will be pursuing her research projects on “Resilient neoliberalism? Policy responses to the Great Recession on Europe’s periphery” and will co-teach a qualitative methods seminar in the autumn.  In a reply to EUI Life asking about her new appointment, Professor Bohle expresses ‘wholehearted enthusiasm about this opportunity to return to the EUI. This is the most wonderful community of scholars I have ever met. I also cannot imagine a better place to learn about and better understand the challenges Europe is facing today.’