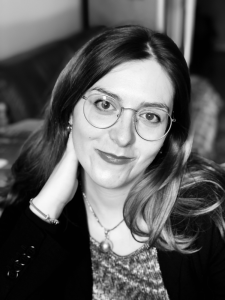 Congratulations to EUI alumna in Law Dr. Francesca Iurlaro, who has been awarded the Antonio Cassese Prize for the best doctoral thesis in the field of international Law for her EUI doctoral dissertation, Unpuzzling Customary International Law: The Invention of Customary Law of Nations from Francisco de Vitoria to Emer de Vattal.

Dr. Iurlaro is one of the many EUI graduates who will take her Ph.D. degree at the Conferring Ceremony on the 14th of June at the Badia Fiesolana. The prize committee said that her thesis “explores patterns of customary law through careful and insightful historical analysis”, and that they were “unanimous in their view that this is work of high scholarly rigour and quality” in awarding her the prize.

EUI Life spoke with Dr. Iurlaro about the prize, her time at EUI, and what she’s up to now.

How does it feel to have won the Antonio Cassese Prize?

I was really humbled when I knew I won the prize – seriously, me, a non-lawyer with a background in philosophy and a weird obsession with ius gentium? Jokes aside, I feel very happy and cannot thank the Department of Law enough for this honour. I’m even more proud because I remember I had one of my first classes of international law during those very same days in which professor Antonio Cassese passed away. He was such an influential figure that I remember what a shock his death was to the Italian and international academic environment. It was a shock that a beginner in the field of international law such as myself couldn’t fully understand back then. But now I do, and I hope that I’ll have the chance to put this prize to good use with my future research.

Can you tell us about your thesis?

My thesis is an intellectual-historical analysis of customary international law (CIL). Although theoretical accounts of why CIL is such a controversial concept are quite abundant in international legal scholarship, historical analysis of its emergence as a source in the early modern and modern ius gentium tradition was missing. My thesis seeks to tackle this issue, by focusing on the emergence of the normative role of custom from the 16th  to the 18th century. Its main argument is that such a normative core is provided by arguments drawn by natural law that crystalise over time in the European common conscience, and only in the 18th century do they produce a relatively coherent idea of ‘state practice’.

What are you working on now?

I defended my thesis in September 2018, and after that I was a visiting researcher at the Ludwig Boltzman Institute of Neolatin Studies in Innsbruck. I am currently a research fellow at the University of Milan, and I am about to leave for the United States in September, when I’ll start a 1-year postdoc at NYU as a Global Fellow at the Institute of International Law and Justice, working with Benedict Kingsbury.

Do you have any memories of your time at EUI?

I’d say that the aspects I treasured most from my experience at the EUI were intellectual independence and a strong sense of community. I really loved having the intellectual and academic freedom to engage in international law questions from a historical perspective (and an incredible supervisor, Nehal Bhuta, to support me in that). I could also develop an international network of contacts thanks to the immensely stimulating EUI environment, where it is easy to meet and get in touch with the best scholars coming from all over the world in a very informal setting. But this freedom wouldn’t have been as productive as it was had I missed a sense of community and networking among my PhD fellows and friends – the feeling that we were all on the same boat, and we had to support each other as much as possible.

Do you have any words of wisdom for current EUI researchers embarking on their own theses?

Just get it done! It has to be good, but there is so much work to do after defence if you want to get the thesis published that you might as well cut down on a lot of anxiety, self-doubt and fear of missing out [by completing it]. Easier said than done, right? Do ask for help – psychological stress is really something all PhDs go through. I did too. Eat well, and don’t forget your family and friends just because you are writing a chapter. A chapter won’t hug you.