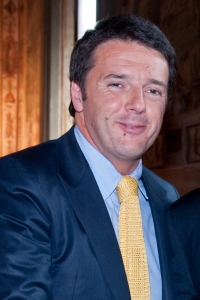 But with no national experience, and without the mandate of a general election win, how did Renzi end up the most powerful man in Italian politics, and what is he going to do now he is in charge?

“Perhaps you could view it as slightly underhand,” says Duncan McDonnell, Marie Curie Fellow in the Department of Political and Social Science, of Renzi’s rise. “It’s legitimate, but it’s not ideal.”

Just under a year ago elections in Italy returned a hung parliament. After weeks of failed negotiations by the Partita Democratico’s (PD) leader, Pier Luigi Bersani, his deputy Enrico Letta was asked by Italian President Giorgio Napolitano to form a national government featuring all parties.

Letta survived a vote of no-confidence last November, but in recent weeks progress has ground to a halt leading Renzi (who had been elected head of the PD in December) to call for the creation of a new government.

After an internal vote within the PD, Letta resigned leaving Renzi to take over. But with no fresh national elections the new PM still has to deal the divided parliament faced by his predecessor.

According to McDonnell it is only possible to speculate on why the change has come now: “There was certainly a media push for this. I think Renzi and those around him looked at the polls, saw the centre-right were ahead in some and thought if we are faced with an election in a few months, we might lose,” suggests McDonnell.

With the Letta government’s failure to pass significant reforms casting a bad light on the PD, Renzi faced the possibility of being the leader of the largest party in the country for several months, and then fighting an election without having been PM. “If, and it’s a huge if, he manages to pass some important reforms, then he is in a much better position to go for an election next year. But there is no way he will last until 2018,” says McDonnell.

Since 2011 Italy has had three leaders, none of whom have come to power through the national ballot box. The last Italian PM to do so was Silvio Berlusconi, something McDonnell describes as “a great irony of Italian politics.”

Renzi has laid out his plans for his first 100 days including changes to the constitution and electoral law, reform of the labour market, public administration and tax system: “The depressing thing about this is that so much will depend on the good will of Silvio Berlusconi.”

Despite being removed from the Senate in December following a conviction for tax evasion, Berlusconi remains the leader of the second largest party, Forza Italia (ignoring the 5 Star Movement who refuse to work with other parties). “While Renzi was outside parliament but leader of the PD Berlusconi was willing to talk to him. Will this stay the same? Berlusconi is holding all the cards.” 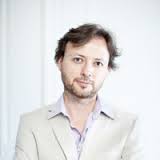 “If Berlusconi has any sense of his own legacy he might be interested in participating and making this country slightly easier to govern than it currently is,” says McDonnell. “However, second guessing Berlusconi is a dangerous game.”

Despite the nature of the Renzi’s rise, and his lack of proven track record, McDonnell is cautiously optimistic: In a country increasingly seen as dominated by a male gerontocracy, Renzi – at 39 – has become Italy’s youngest ever PM and announced a cabinet with an equal gender balance and an average age of 48.

“The international press seem to like him, which is important; Italy has spent most of the past 20 years being mocked about its leaders.”

“I think the fact of his age is a good thing for Italy, it is a good signal,” says McDonnell. “This is a country which in all sectors is run by old men, for old men.”

“A lot of people in the centre left regard Renzi as a necessary evil, he is the most likely leader to win an election, but he’s not ‘one of us’. Many within his own party distrust him and you could see the huge tensions between him and Letta last weekend when Letta refused even to look at Renzi during the ‘handing over’ ceremony with President Napolitano.”

“Overall, you have to say it’s a huge indictment of Italian politics, and of the centre-left in particular, that it is placing its hopes in a man who has very little administrative experience of any type and no national experience. He is the great white – and untested – hope.”