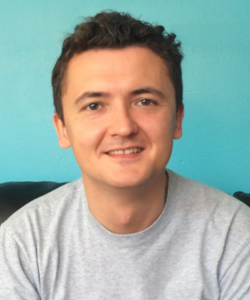 Pavel Brendler, who defended his thesis Essays on income inequality, political inequality and income redistribution in the U.S. under the supervision of Professor Andrea Mattozzi, will receive the 2016 Vilfredo Pareto Prize for the Best Thesis in Economics.

The prize, established in 2015 by the EUI Department of Economics, honors Vilfredo Pareto, an Italian sociologist, economist, political scientist and philosopher who lived and worked in Florence and Fiesole between 1882 and 1892. Vilfredo Pareto is considered one of the pioneers of modern scientific research in economics.

When asked about his chosen thesis topic, Brendler, who will further pursue his research questions at the University of Wisconsin at Madison, explains ‘I integrated central political economy theories into workhorse macroeconomic models to understand how government policies — the income tax and transfer programs as well as the public pension system — have been changing over time in the U.S. I find that these models have to allow for substantial inequality in political rights to be able to account for the observed reduction in income redistribution through these policies. Identifying the degree of political inequality and quantifying its impact on the welfare of the society has been the main focus of my thesis.’

Having just defended the work on 2 June, Brendler will be present at the 2016 Conferring Ceremony to receive his prize.