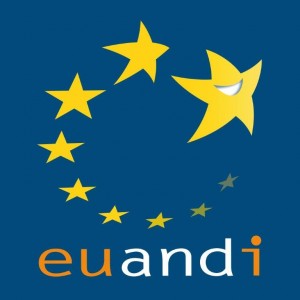 euandi a Voting Advice Application created at the EUI will launch mid-April in time for the European Parliament Elections in May.

The project has brought together collaborators from every academic department, and members of the research community both past and present to make use of the unique spread of nationalities at the Institute.

“This project would not have been possible if we were not at the EUI. The EUI is the place to do this,” said Diego Garzia who is the country team co-ordinator on the project.

The tool invites users to respond to a series of issues from immigration to abortion and then matches their views to political parties standing in the European elections both in their electoral vicinity and across Europe.

“There was a team of 5-6 people for each member state, they researched the party position, sought input from the parties themselves and acted as media contacts for their particular countries. It was a lot of work.”

In addition to showing you which party best represents your views the tool also allows users to connect via social media with people with a similar political standing.

“You can build communities on Facebook where anyone who shares your views can join, which is a vertical political party. It taps in and matches people in their values,” explains Garzia. “It’s a different way to build a community. This is something no one before has done.”

Of the 120 people involved in the ground-breaking project 50 of them are currently based at the EUI. The others include former professors on the advisory board and collaborators who were involved in the first project in 2009.

“It is a project that connects all the departments in space, but also the community in time. It’s been a great project to work on.”