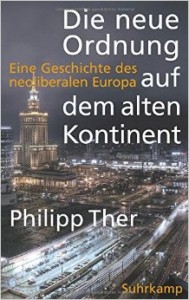 Philipp Ther, formally an EUI professor of European history, has collected the Sachbuch/Essayistik non-fiction prize at the Leipzig bookfair in Germany.  He received the award for Die neue Ordnung auf dem alten Kontinent: Eine Geschichte des neoliberalen Europa, which roughly translates as “The new order on the old continent: A history of neoliberal Europe.”

Philipp Ther is now working as a professor of East Central European history at the University of Vienna. In his new book, Ther examines the economic policies of central and eastern European nations after the fall of the Berlin wall, as well as exploring a few missed opportunities. He also asks if Southern Europe is now the new east. The book is now scheduled to be published in English in the spring of 2016 by the Princeton University Press. 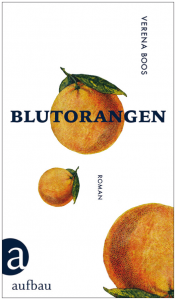 Meanwhile, another EUI alumnus, Verena Boos, previewed her debut novel at the bookfair. Blutorangen (Blood Oranges) tells the story of a student who moves to Munich to escape her conservative parents in Franco’s Spain. The books is an effort to intertwine eight decades of Spanish and German history and draws on the authors experience as a researcher at the EUI’s department of History and Civilisation.

Speaking to EUI Life, Boos remarked that “My PhD at the EUI dealt with questions of identity in stateless nations such as Scotland and Catalonia.”

“Without the PhD” she continues, “I would never have written that novel, maybe another one, but certainly nothing with such historical depth.”

When asked if academia had been a help or a hindrance in the world of fiction, Boos explained that it may have been both. “Being a researcher helped a lot” she mused, “I knew where to look for things… Then again, it was a challenge to find a truly literary voice, after all those years of academic writing, to step back as a historian and let the fictional characters take over.”

The full interview with Verena Boos is published here.