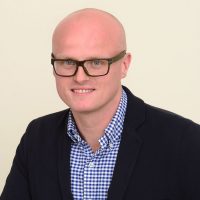 Congratulations are in order for EUI alumnus Tomasz Pawel Wozniakowski (Ph.D. 2018), who was awarded the Supranational Political Economy Prize 2017 for his Ph. D. thesis. Dr. Wozniakowski’s thesis, titled ‘Towards Fiscalization of the European Union? The European and American Fiscal Unions in a Comparative Historical Perspective’, was unanimously chosen by the judging panel as the winner.

The panel, comprised of academics from the universities of Pavia, Verona and Birmingham, described Dr. Wozniakowski’s contribution as “an outstanding piece of work that fulfilled all the criteria stated in the call for applications.” They went on to call the thesis “a most interesting and sophisticated example of scholarship”, adding that the thesis “represents a landmark contribution to scholarship on supranational political economy.”

Dr. Wozniakowski told EUI Life of his delight at being selected for the award. He said, “As a prestigious award open for everybody and one of the largest prizes that one can get for a Ph. D. thesis, it attracted some excellent dissertations. I’m extremely lucky that I got it.”

The award, he added, will help to open up the field of EU fiscal analysis from a historical perspective: “This award is very important to me because I have worked on various aspects of political economy and fiscal federalism since my undergraduate studies. As there are few political scientists analyzing fiscal aspects of the EU from a historical and comparative perspective, I hope this prize will help to enlarge the field.”

EUI would like to extend its warmest congratulations to Dr. Wozniakowski for his award. After graduating from EUI last year, Dr. Wozniakowski now works as a Postdoctoral Researcher for LEVIATHAN, an ERC-funded project at the Hertie School of Governance in Berlin.