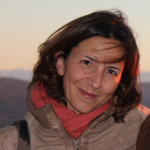 The foundation offers grants for single year research projects with the aim to advance research in the fields of education, scientific research, social welfare and culture with a focus on Greece.

The foundation issues an open call for project applications and this year received 946 proposals, from which 19 were chosen.

The abstract of the project can be seen beneath: 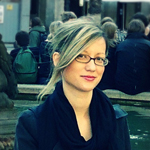 In the aftermath of the recent economic crisis, policy making has mainly focused on the implementation of sizeable and long-lived fiscal consolidation plans including increases in taxation and cuts in government spending to reduce deficit and debt levels. The proposed research project aims at assessing different forms of fiscal consolidation policies in an economy characterized by the presence of an underground sector. To this end, we will calibrate for Greece a Dynamic Stochastic General Equilibrium (DSGE) model of involuntary unemployment with production of legal commodities and services that are deliberately concealed from the public authorities to avoid the payment of taxes or social security contributions. In this framework we will examine both the output and unemployment effects of tax-based versus expenditure-based fiscal adjustments.