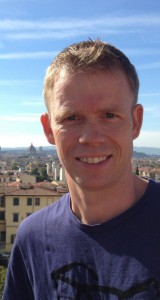 Peter Hansen has been named in the Thomson-Reuters list of ‘The World’s Most Influential Scientific Minds 2014’. Hansen, a Professor of Economics at the EUI, was recognised by Thomson-Reuters who, by a process of statistical analysis, publish an annual list of the researchers who are most frequently acknowledged by their peers. According to the report:

These highly cited researchers were determined by analyzing at citation data over the last 11 years to identify those who published the highest impact work (2002—2012 and 2012—2013). These individuals are influencing the future direction of their fields, and of the world.

Professor Hansen joined the EUI in 2011 from Stanford University. He has since continued his work as a world renowned expert in financial econometrics, high-frequency data and forecasting.  Last week he was informed of his place on the list by Reinhard Ellwanger, a research assistant at the Robert Schuman Centre. Speaking to EUI Life, Professor Hansen explained the importance of his work:

The recognition is for my research on the measurement of volatility using high frequency data — research that has led to more accurate models of volatility and financial risk. My research on multiple comparisons was also recognized. The methods I have developed can, for instance, be used to determine the best forecasting model from a large pool of competing models.

Now that Professor Hansen has been acknowledged as one of the ‘the world’s most influential minds’ in the eyes of other scientist, EUI Life was keen to know who had influenced him as an academic:

I was inspired by the econometricians, Robert Engle, Clive Granger, James Hamilton, and Halbert White. Important for my career was the solid undergraduate training I got in Copenhagen, where I was advised and taught by Søren Johansen, who subsequently became a professor at the European University Institute