As events in Ukraine continue to escalate EUI Life speaks to two EUI professors about the situation on the ground and the future ramifications.

Professor Alexander Etkind was born in St Petersburg and is Mikhail M. Bakhtin Professor of History of Russia-Europe Relations. According to Etkind, Russia’s motivations behind the events of the past week are not the results of the economic pull of industrial parts of Eastern Ukraine, or the emotional attachment to native Russians in areas such as the Crimea. Strategically Ukraine is extremely important for Russian President Vladimer Putin’s grander vision of re-asserting Russian influence in the region: “Ukraine is the largest former soviet state after Russia, one of the largest by size and by population. For Putin’s project of reconstructing the Soviet Union of Russian influence, Ukraine is central. If there is no Ukraine, there is a huge hole in the project.”

The time of an enlarged Soviet republic generates nostalgia from Russian elites because of their own “generous and glamorous lives” at the time says Etkind. However there is also a wider desire to give their country a purpose. “There is an idea that a big state like Russia needs a big ambitious purpose. Many Russians would share this feeling that is anti-liberal. In Europe there is a project, the United States used to have a project, and Russians share this frustration that they need a project.”

Recent events in the Crimea have led to accusations of a slow response by the EU and US. However, Etkind suggests the Kremlin initially was caught on the hop at the pace of events in Kiev, after the pro-Russian president Viktor Yanukovich was removed from power last week.

“Putin is weakened [by the removal of Yanukovich]. Internationally he is isolated, maybe not so much domestically at this point, but there are different perspectives.” Despite Russia’s autocratic leadership, Etkind suggests Russian oligarchs – many of whom have their money in Europe – are increasingly worried about their country’s growing isolation as the EU discusses sanctions against Russia.

“As to the general population there is a very effective propaganda machine, but there is a huge spread of the internet, so people do know the other side.”

When asked if Ukraine would join the EU, Etkind was adamant: “Yes, definitely.” 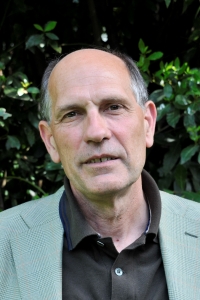 Professor Stefano Bartolini, Peter Mair Chair in Comparative Politics, who studies European Integration, is less convinced and even questions if it is ultimately in the best interests of the EU: “I don’t think Ukraine will ever join the Union in its current territorial integrity.”

According to Bartolini, the expansion of the EU’s border to the edge of Russia would bring increased tensions and questions over energy, access to the Black Sea, and potential territorial disputes. However Bartolini suggests that if Ukraine were to split, this might force the EU’s hand: “My fear would be, and I guess the Commission’s fear as well, is that the situation is radicalised and a split occurs. Then the Union finds itself having a moral obligation. There would be enormous pressure not to leave the Ukrainian western part alone.”

“With the situation leading to a partition then the chances of the western part of Ukraine becoming a member would be very high.”

“Ukraine is probably the most important foreign affairs issue the EU has ever had to deal with.” Bartolini concludes. “This is not going to be a velvet kind of revolution.”