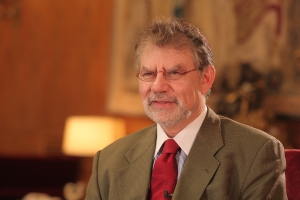 Professor Weiler will begin his term as president on 1 September 2013, when the president ad interim Marise Cremona will return to her full-time position as professor at the EUI’s Department of Law.

“I am humbled yet gratified to return as president to the EUI at a time of both great challenge and great promise in Europe,” said Professor Weiler.

The NYU professor was chosen by a selection committee and approved by the EUI High Council, made up of EU member state representatives that are part of the Institute, on 7 December.

Vello Pettai, president of the High Council, said: “Joseph Weiler will bring great intellectual stature and leadership skills to the EUI. In addition to being a world-renowned scholar and policy advisor, Professor Weiler has had specific experience in the development of doctoral training and of research centres. He will bolster all of the major areas of the EUI.”

Professor Weiler completed his Ph.D. at the EUI and worked as a law professor at the Institute from 1978 to 1985, before moving to the University of Michigan Law School, Harvard Law School and NYU. In 1990 he co-founder of the EUI’s Academy of European Law.