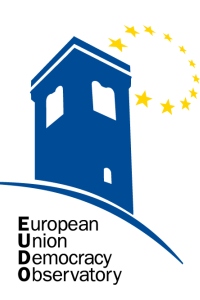 The European Union Democracy Observatory (EUDO) has begun development on a new online political profiling system ahead of the 2014 European Parliamentary elections.

The profiler was first used in the build-up to the 2009 elections and allowed voters to gain an “unobstructed view of the European political landscape and their place within it”. By asking 30 questions in a simple questionnaire format, the profiler gave voters an overview of the parties’ positions on a number of electoral issues. Voters could compare their own answers to those of political parties in their countries, and those around Europe.

The coding of almost 300 European parties created an immense database on the positions of European parties and was added to the anonymous data provided by users about their own political views, creating a ground-breaking dataset.

The kick-off meeting for the new project takes place on  7 November in the Refettorio at the Badia Fiesolana at 19.30 where the EUDO team will present the 2014 voting advice application’s new features and the potential research opportunities on offer.

Please register your attendance prior to the meeting by emailing Valentina Bettin. ([email protected]).