‘It’s the story of the first willful non-enlargement of the European Community and a heated referendum campaign, with export-oriented business and political elites pushing for membership and the grassroots resisting.’ Haakon Andreas Ikonomou is not talking about Brexit, but rather his prize-winning thesis, ‘Europeans: Norwegian Diplomats and the Enlargement of the European Community, 1960-1972.’

The thesis was nominated by the History and Civilization department and outdid competition from Law, Economics and Social and Political Science to win the award for the ‘Best thesis (2015-2016) in EU integration.’  The prize, which will be awarded in 2017 only, was created by the EUI to celebrate the 60th anniversary of the signing of the Rome Treaties. Ikonomou defended his thesis in April 2016 and will receive the prize at this year’s conferring ceremony in June. 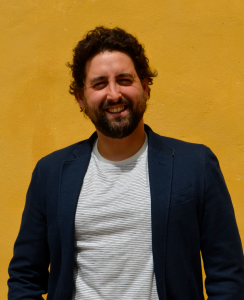 His research tells the history of fifteen Norwegian diplomats who worked on the Norwegian negotiations for membership in the European Community through the 1960s and early 1970s. Behind ‘a very tense, almost hateful debate up to the referendum in 1972, where the Norwegian people voted to not join the EC,’ the fifteen men of Ikonomou’s story shaped not only Norwegian-European policy but ultimately even certain policies of the European Community itself through the negotiation process.

After his Masters supervisor drew his attention to the figures of these little-known Norwegians, Ikonomou decided to discover more about the quietly influential men. ‘It was the underdog narrative which drew me in. They were trying to make something happen against what turned out to be staggering odds,’ he explained. ‘The starting point was the human aspect. I hoped to tell their professional and personal stories of becoming pro-European. I wanted to bring these people to life.’

During his research Ikonomou was able to interview most of the once ‘faceless’ diplomats. He found them ‘healthy, sane, and willing to talk,’ but was most struck by ‘their narrative of martyrdom. They had fought for what they believed was a just cause and lost. They were to a certain extent discredited in the national environment following the negative referendum and so they were very ready to share their story,’ he explained.

One of his key realisations was that ‘diplomatic influence is not the same as political influence,’ Ikonomou told EUI Life. The men were key figures who shaped Norwegian and European policy and yet they were unable to transform their influence into political clout at the ballot box. In this way, telling their story represented a methodological challenge – of how to discern the ‘not-so-obvious kinds of power bureaucrats, diplomats and technical experts had despite the negative referendum’.

Thus the work, which began as a micro-history, was transformed into research with macro implications about how to grapple with international relations. ‘The fifteen diplomats came to represent more in terms of politics and methodology,’ Ikonomou told EUI Life. ‘It became a quest for the perfect recipe for how actor and structure relate and also how those inside and outside the EC understand and interact with each other,’ he said.

In the tale of fifteen European-hopefuls, and the unwilling ears on which their efforts fell, ‘the seeds of Euroscepticism we see today’ are evident. In this sense, the story ‘resonates with Brexit’, Ikonomou claims. Yet the work is also a unique contribution to the history of European integration which combines the personal and the political in an otherwise unknown story of power, ambition, aspiration, influence and defeat on the European stage.