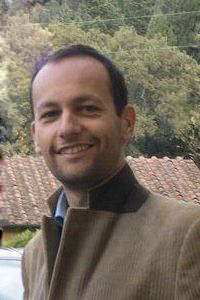 François-Xavier Millet (PhD, Law, 2012) successfully passed the agrégation de droit public in France, allowing him to become full professor of public law as of 1st September 2014. Millet, who received the Mauro Cappelletti prize in 2013, has been associate professor in Toulouse for the past year. He will now take up a position at the University of the Antilles, on the Caribbean Guadeloupe Islands.

Speaking to EUI Life, Millet remarked “I’m looking forward to discovering a very different environment and to setting up links with American universities, in both in the South and the North. It will also allow me to research further on the relationship between the EU and overseas territories.”

Millet’s achievement is notable due to a culture within the French legal profession which seldom promotes graduates and researchers hailing from universities outside of France.  “As the EUI is still too often seen with suspicion in France, I believe that my success may contribute to enhance the standing of the EUI in French legal academia. As I’m most indebted to the EUI for my intellectual and personal development, it is the least that I could do in return.” Millet finally added “and it is not the end I hope.”