The EUI now has an in-house lawyer, who will support both the academic departments and administrative services. 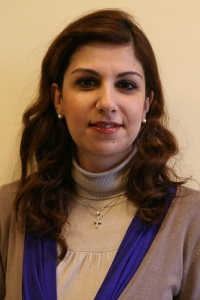 Polyxeni Melidou began her new job as legal advisor on 7 January, after almost four years at the European Commission’s Research Executive Agency (REA) in Brussels. Although she is formally attached to the Personnel Service, Melidou says she will be working on “a little bit of everything, while having to know almost everything”.

“For the first few months I will focus on checking what the rules are; which fields seem to be most problematic and where the potentials for improvements are,” she says. Data protection is seen as a top priority, while the legal aspects of calls for tenders will be part of particular importance.

Although Melidou has moved from one European setting to another, she says that the legal set-up is quite different at the EUI: “The Institute has the status of an international organisation; it has a quite sui generis structure so it enacts its own rules, which of course follow the general principles of  European and international law…In some areas there is already quite extensive statutory framework from the Institute, while there might be other situations where analysis and comparison with Italian law may be required.”

“From a legal point of view, the legislation that we had to apply [at the REA] was already defined as EU legislation and regulation. Here it can also be international law that is applied, it’s more multidimensional,” she says. How to deal with this legal framework is all the more of a challenge as the position has been newly created at the EUI, meaning no precedent has been set.

“It’s challenging for sure, but I would also say that challenging includes two components: demanding but promising as well,” Melidou says. “You need to have a horizontal overview. You have to have the legal knowledge to help everyone in both the short- and long-term.”