The EUI is grieved to have lost its Secretary-General, Vincenzo Schioppa Narrante, just half-a-year after his arrival.  Mr. Schioppa Narrante died in the early hours of 24 August at the San Leonardo Hospital in Salerno, where he was being treated for injuries he suffered in a serious traffic accident earlier in the month. 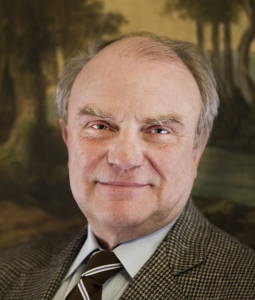 Vincenzo Schioppa Narrante joined the EUI as Secretary-General on 2 March 2016 after distinguished service in the Italian Foreign Ministry. His last posting was as Ambassador to South Africa. Earlier he served, inter alia, as Ambassador in Libya during the dramatic events of the 2011 revolution and previously as Permanent Representative of Italy to the OECD in Paris. He also had served with distinction as the City Manager of Naples.

Vincenzo Schioppa Narrante was a person of profound culture and wide interests.  He was an alumnus of the French Ecole nationale d’administration (ENA) and the author of books, essays and articles.

Vincenzo Schioppa Narrante brought to the Institute new energy, a fresh perspective and broad vision for the future of the EUI in the world. In a very short time he managed to leave a distinctive mark on both the internal and external life of the EUI. His considerable diplomatic and managerial experience coupled with a creative and enthusiastic personality produced a series of initiatives of great import.

Our thoughts are with the family of Vincenzo Schioppa Narrante.