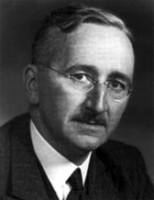 Of all political terms (mis)used by academics and journalists today, perhaps one of the worst offenders is ‘neoliberalism’. Used commonly (and sometimes lazily) in both academia and the media, the term’s precise meaning is ambiguous.

The working group seeks to interrogate what neoliberalism means and how the concept is used. It is not therefore, a neoliberal group, as the trio are very keen to assure EUI Life. Liam McHugh-Russell clarifies, ”the goal is not to bring or to promote a neoliberal viewpoint. The goal is to understand what people mean when they talk about neoliberalism.”

Ola Innset explains ”We aim to talk about neoliberalism in a broader way, because it’s used in many different contexts.’’

”I think the working group is more about helping us to be more careful about our use of terminology.’’ McHugh-Russell adds.

The working group, which embraces all disciplines, assess texts by classic thinkers associated with neoliberalism (Friedman and Hayek, for example) as well as more critical Marxist and Keynesian texts.

The organisers believe that the working group has immense political resonance for the EUI community and society at large.  Given how controversial neoliberalism and its attendant notions of free-market economics have become in the post-2008 era, the working group promises to attract a diverse array of intellectual perspectives.

McHugh-Russell adds thoughtfully, ”There has been a constitutional shift in the way we imagine society and part of that is captured in the discourse of neoliberalism. Part of it is imagining alternatives in the post financial crash era. People are questioning whether there other ways to reorder society. ’’

The working group will meet over the next six months in preparation for a March symposium.

Contact [email protected] for more details on the group.