(Only the eyes are capable of screaming)

[Included as an introduction to Ivresse]

Those seeking evenings of light-hearted, jovial entertainment had better make a swift volte-face now. Dabbling in the dark, the experimental, and the emotionally discordant, Théâtre Francophone is one of the EUI’s most formidable and firmly established dramatic societies. 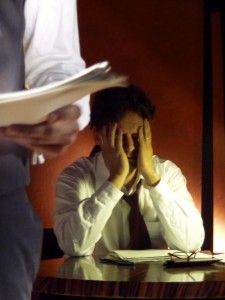 Performing only in the French language, the group is led by veteran director Chantal Maoudj, formerly of the Sorbonne. “My work with the theatre group aims at building a space for creation’’, Maoudj tells EUI Life. 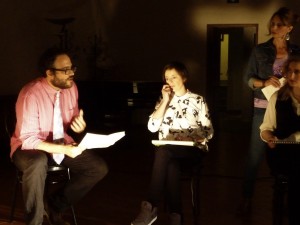 Yet rejecting notions that the group lapses into the realm of the esoteric and arcane, Maoudj emphasises the inclusive nature of the group. She describes it as ‘’a playground for experimentation and interrogation. Through exercises, improvisation, text extracts, the core text is unravelled and re-explored. All actors work within the French language which we share, while also opening the doors to the native language of each actor. Theatre is an activity where no one can be excluded.’’

For Michel, Théâtre Francophone also represents an outlet for uncovering and probing cultural connections across diverse texts. ‘’I am always impressed to see that many here at the EUI can act, listen, read a common language, and share emotions through the rich text that have been presented wherever they come from. I collaborated on a text on the history of Europe, originally written in English, with a Swiss partner and a German singer in front of an EUI audience. I felt that words had rarely connected together and to our past in such a vivid way.’’ 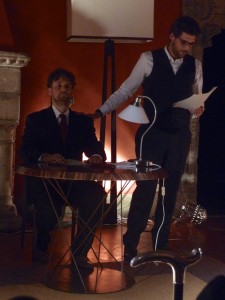 For information about Théâtre Francophone Chantal Maoudj can be reached via email; [email protected]

With thanks to Elie Michel for his contributions to this piece.