Is Ireland out of the woods? 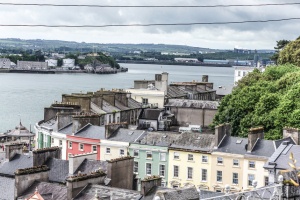 Ireland is being heralded as the golden boy of the European recovery after it completed its bailout programme last December, but why has Ireland – which suffered such a large recession – had such and effective recovery?

“The Irish are a pragmatic people. We understand that the morning after the party, there is a bill to be paid,” said Dr Donal Donovan, giving a guest lecture at the EUI.

While austerity programmes and increased interference by Brussels and Berlin have been met with widespread protests across Europe, Ireland has remained relatively calm, despite the relatively high level of its debt.

“We had a traditional bubble. While other countries like Portugal and Greece have structural problems, Ireland has relatively firm foundations.”

Following the boom between 2002 and 2007, Ireland suffered a succession of economic crises. The housing bubble burst forcing people into negative equity, which fed into a banking crisis as Ireland’s ‘Big Four’ faced insolvency and collapse, at a time when the national budget had spiralled out of control.

At the height of the crash, in an extraordinary meeting, officials in the Irish government issued a comprehensive bank guarantee as they sought to avoid a run on the banks, a decision Donovan describes as the “least worst alternative”.

This guarantee eventually led to a €60bn banking bailout, 40 per cent of Ireland’s GDP. While accepting there may have been few alternatives to such a move – “I’ve seen banks runs, and they are not pretty” – how the decision was reached is symptomatic of a wider problem in Ireland with a lack of expertise in key fields, Donovan suggested.

A sentiment backed by Brigid Laffan, Director of the Robert Schuman Centre for Advanced Studies. “If I had to pick the people to make that decision, not one of the people in that room would have been on the list.”

While being well placed to recover from the its recent bust, Donovan says there remain issues such as weak domestic demand and an overreliance on multinational companies which need to be rectified for Ireland to have more sustainable growth in the future.