Is the EU doomed? 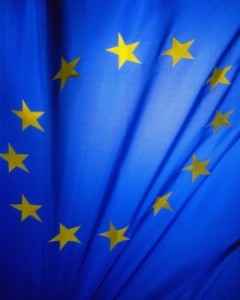 The European Union is suffering a crisis of cohesion, trust and imagination according to Jan Zielonka of Oxford University.

Speaking at a Robert Schuman Centre seminar Professor Zielonka said these three related problems will prevent the EU from initiating the reform it needs to stay relevant.

While triggered by an external shock the financial crisis has triggered an internal division, a two tiered union where the spoils of the common market are unevenly shared creating a distorted balance of power where: “Some member states are policy makers, and others are policy takers,” said Zielonka.

This has generated mistrust, both between the citizenry and administration, and between the governments of member states.

While there is a general acceptance the EU is in need of reform, there remains an unwillingness to commit to the process, especially in the wake of the Eurozone crisis. “Even if there is only a 20 per cent chance of collapse, who would invest in something with those odds?”

Such apprehension has left the union suffering from what Zielonka refers to as “benign neglect”.

With this disconnect becoming increasingly entrenched people need to once again be won over by the idea of the European Union, a vision of things to come: “I don’t see anything on the table that will convince people. Including the idea of a directly elected president.”

While he may be pessimistic on the future of the EU, Zielonka argued continued European integration could be enhanced rather than diminished by the demise of a central bureaucracy where the states are no longer the gate keepers.

“The alternative is more like a cacophony” rather than a traditional union which Zielonka agues shows no sign of reform.

According to Zielonka integration is too important to be left to the governance of the EU and its member states all with their own ulterior motives. “It has become too big to fail, like the banks, but it is dysfunctional.”

The premise of the European Union was established at a time when states were major players, but this system may no longer be up to the task of confronting  problems that are no longer “territorially bound.”