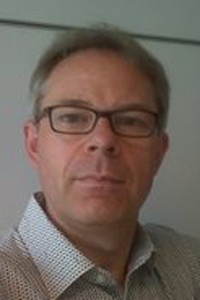 The EUI has a new Director of Human Resources in the person of Jens Behrendt, who took up leadership of the EUI’s Personnel Service on 1 September.  The Service has been administered since 2005 by Roberto Nocentini, also Director of the Budget and Financial Services.

Behrendt comes to the EUI with several years of international experience in human resources.  He started his career at the Friedrich Ebert Foundation in Ghana before transferring to the UN, where he held posts in Switzerland, Germany, and Indonesia.  He was subsequently Head of Human Resources and Deputy Director of the Center for International Peace Operations in Germany, and in 2012 became Deputy Director of the Human Resources Department and Head of Talent Management with the Organization for Security and Cooperation in Europe.

When asked why the shift to a university environment, Mr Behrendt mentions that he has an affinity for academia.  He has a degree in political science, and has regularly lectured and taught university-level courses in international relations, international organizations, crisis management and other related areas.  He has also engaged in career coaching training initiatives in European postgraduate institutions located in Italy, France and Germany.

Pleased to have obtained a ‘complete portfolio’ of human resources responsibilities, Behrendt looks forward to addressing objectives at the EUI dealing with issues such as improving competitions, selections, career streams and career development, and training at multiple levels.  The first months will be dedicated to consolidating his team in the Service and meeting with all the Departments and Services.  A longer term objective is the development of a transparent, three-year horizon for workforce planning at the EUI.