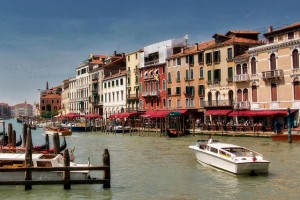 Do you know your Machiavelli from your Mazzini? Cavour from Casanova? If these names elicit only hazy recollections from your school days, then a new lecture series organised by  Simone Testa, in conjunction with the Language Centre will provide a welcome addition to your academic schedule.

Simone Testa, who is a Research Fellow at the Medici Archive Project, is delivering a series of lectures  entitled ‘What do we speak about when we speak about Italy?  A series of 8 encounters on the history and culture of Italy for non-specialists: from the Lombard League to Berlusconi.’

The lectures will provide an introduction to the general history, geography, politics and culture of Italy and will be held every two weeks at the EUI.

Topics include the Lombard league, The Italian republics and a documentary on 19th and 20th century Italian history featuring EUI Professor Lucy Riall.

Speaking to EUI Life, Simone Testa explains that the impetus for the lectures arose from a long period spent in the UK working on a ground breaking research project exploring Italian Academies in which “I realised the peculiarities of the Italian culture – in particular the role played by cities – and from Camilla Salvi’s [of the Language Centre] interest in promoting more awareness about Italy among EUI students.’’ 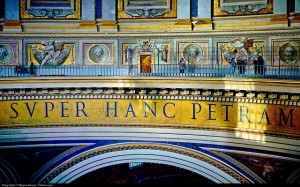 Testa continues,”I hope to stimulate students’ imagination, and help them to make connections between history, culture and society. I would like to underline the obsession with antiquity, the fragmentation, the fact that Italy represented a laboratory for the rest of Europe, in so many different ways: from art to diplomacy, to intellectual networks.’’

More information on the lecture series can be found here:

The lectures take place every fortnight on Wednesdays, 6-7pm in Villa Raimondi and are open to all EUI members.