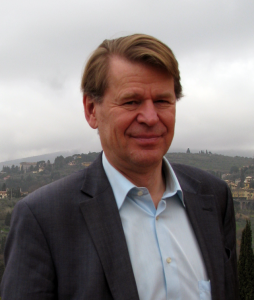 On Wednesday 27 April Law Professor Martin Scheinin appeared before the Joint Committee of Human Rights of the UK Parliament. He was invited by the Committee to comment on and reply to their queries regarding the Investigatory Powers Bill, which is a post-Snowden effort to legislate on  surveillance powers in the UK.  Legislators on the Committee, which is composed of members from the House of Lords and the House of Commons, asked him to provide his perspective, in plain words, on the potential human rights issues problematic to the proposed bill.

In his replies Scheinin addressed most pointedly the  issues of the absence of proper proportionality and necessity tests concerning the human rights impact of the Bill, as well as the methodology for how such assessments should be conducted, in light of the results of the SURVEILLE project he directed at the EUI in 2012-2015.

The video of Professor Scheinin’s replies to the Committee may be viewed here: