Professor Gábor Halmai has been appointed Professor of Comparative Constitutional Law.  He arrives at the EUI after holding positions at  Eötvös  Loránd University  in  Hungary  and at the European Inter-University Centre for Human Rights and Democratisation (EIUC) in Italy. 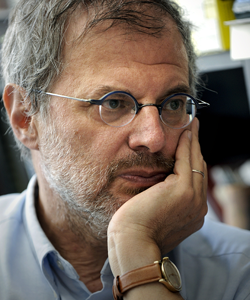 Professor Halmai has held numerous visiting fellowships in Europe and the United States throughout his career, including at the Institute of Human Sciences (Vienna), the Max-Planck Institute for Foreign Public Law in Heidelberg, Princeton University, and the University of Michigan School of Law. His main research areas are comparative constitutional law and international human rights law, and he is engaged with various research projects concerning issues such as backsliding of liberal democracies within the European Union, models of state-church relations and religious freedom; and constitutionalism and transitional justice in Central and Eastern Europe. His most recent monograph, Perspectives on Global Constitutionalism (2014) deals with the use of foreign and international law by domestic courts.

As a constitutional lawyer, Professor Halmai also served for many years as chief advisor to the President of the Hungarian Constitutional Court.

This autumn Professor Halmai will co-teach an intensive course on the ‘EU Mechanism on Democracy, the Rule of Law and Fundamental Rights’.   In a comment on his new appointment to the Institute, Professor Halmai expressed ‘It is my great honour and pleasure to join one of the most presitigious research and teaching community within Europe and worldwide. In my research I look forward to working with young scholars at the EUI to address the current constitutional challenges the EU is facing.’

Professor Urška Šadl has been appointed Professor of Law. She comes to the EUI from the Faculty of Law in Copenhagen, where she was an associate professor and affiliated with the iCourts Centre of Excellence for International Courts. 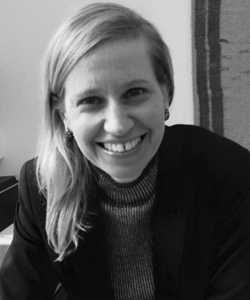 Professor Šadl has been a visiting scholar at King’s College, London; Oxford University, and the University of Michigan, Ann Arbor. Her research empirically examines the legal tools and techniques which enable the Court of Justice of the European Union to make law via case law and maintain its interpretive authority long term. Professor Šadl has published mainly in the areas of empirical studies of European courts and jurisprudence, but her research interests are broader and include legal language, interpretation, and various topics in European constitutional law.

She recently completed ‘The atlas of legal evolution: The case of EU law’, a research project financed by The Danish Council for Independent Research and s Sapere Aude grant. She has since launched a new project which seeks to unpack the process of legal change of EU law through case law by using novel empirical methodology and large datasets. Additionally, she has initiated the establishment of a Network of Legal Empirical Studies (NoLesLaw) through a series of workshops, seminars and publications with her Swedish and Finnish colleagues. The initiative is funded by the Nordic Research Council for the Humanities and the Social Sciences (NOS-HS).

Professor Šadl looks forward to her new position, explaining ‘I am very flattered. The EUI is and has been for decades the most intellectually stimulating environment for European Union lawyers. I could not have wished for anything more rewarding in my professional life. I am looking forward to join the law department, and to new intellectual challenges. Deep down, I am also hoping to infect everyone with the empirical legal bug.’