Learning the lessons from transnational bombing 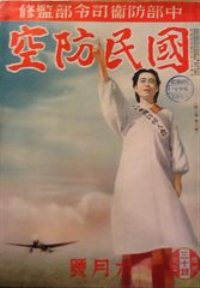 Experiences of aerial bombardment were extremely similar across nations during the Second World War despite perceptions of fanatical uncaring leadership by the Japanese, according to Sheldon Govon of Princeton University speaking at the EUI.

Since the 1920s the potential for aerial bombardment in warfare had been widely discussed as the threat of total war increased. While Europe focused attention on the Spanish Civil War, Japan launched its own systematic bombing campaign on Chonqing in China.

This was the first time bombing was used not just in support of ground troops, but as an attack in its own right, a tactic copied by the Nazis, then the Allies.

Civilian groups and administrators sought to improve civil defence by learning from the experiences of other nations: “There was large scale coverage of the Blitz in London from Japanese journalists, as Japan wasn’t at war with the UK until 1941s,” said Govon.

Japan initiated air raid drills, plans for the distribution of food provisions, and evacuated children, keeping them in class groups to avoid the alienation experienced by their British counter parts.

“Japan believed it was the world leader in civil defence,” explained Govon. “But buckets and pumps are no match for napalm.”

By the end of the war Japan faced the most sophisticated and systematic aerial attack ever deployed. Huge low flying bombers dropped thousands of incendiary sticks on Japanese cities, while their harbours were infested with mines to block food supplies from China.

In 1945 8.5 million people fled Japans cities with additional trains laid on to help people escape. With industry crimpled through lack of work force, the increasing threat of starvation, and the escalation towards atomic bombing Japan surrendered in August 1945 before land troops arrived. The Nazis fought on until Soviet troops entered the ruins of Berlin.

“I often ask my students ‘who had the most fanatical leadership; Japan or Germany?’ they almost all say Japan. However, this perception isn’t supported by the facts.”

“Transnational learning faces a lag. The Japanese were good learners, but they couldn’t keep up with the technology and lacked the resources.”