The Linz-Rokkan Prize in Political Sociology

Juan Masullo Jimenez has won the Linz Rokkan Prize in Political Sociology for his thesis on ‘A theory of civilian noncooperation with armed groups: Civilian agency and self-protection in the Colombian civil war’. The Department of Political and Social Sciences has conferred the prize, named in honour of political sociologists Stein Rokkan and Juan Linz, every year since 2011. The award goes to the best thesis in political sociology which engages with themes related to the work of these two great scholars. 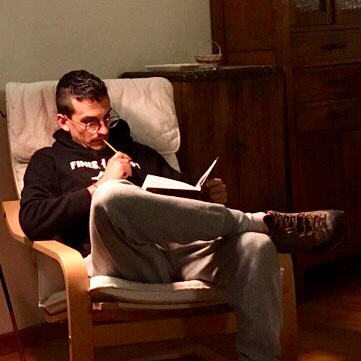 Masullo’s thesis tackles the collective roles that civilians play in the context of civil war – zeroing in an understudied aspect of civilian wartime activity: refusal or reluctance to cooperate with armed groups. ‘It develops a theory that specifies where and when civilians are more likely to organise themselves to refuse to cooperate with armed organisations and take a nonviolent stance against war,’ Masullo told EUI Life.

Masullo compared various communities living in warzones in rural Colombia, identifying ‘a set of conditions that make noncooperation with armed groups more likely and specifies a limited number of cognitive and relational mechanisms that explain the pathway towards noncooperation.’ Two spells of immersive field research in multiple warzones formed the empirical backbone of Masullo’s study, involving over 150 interviews with civilians and combatants, past and present, alongside memory workshops, collective map-drawing and timeline-building exercises, and direct observation.

Receiving the Linz/Rokkan Prize ‘is probably the best way to finish my time at the EUI,’ Masullo explained. ‘Coming back for the Conferring Ceremony, receiving this prize alongside all my friends and colleagues, brings together the two sides of my experience at the Institute: the academic and the social. I truly believe that the most remarkable aspect of the EUI is that it manages to successfully challenge the idea that doing a PhD is a lonely process.’

‘I spent some of my most wonderful years at the EUI,’ he continued. ‘I was always surrounded with the smiles of people who remain some of my dearest friends to this day. It was this atmosphere that gave me the right balance – spiritually, socially and intellectually – to devote myself to the production of my dissertation.’

Juan Masullo Jimenez will receive the Linz/Rokkan prize at the EUI conferring ceremony on June 15 2018.