Charlotte Haberstroh has won the Linz Rokkan Prize in Political Sociology for her thesis on ‘Partisan governments and school choice reform in Sweden, England and France 1980 – 2010.’ The Department of Political and Social Sciences has conferred the prize, named in honour of political sociologists Stein Rokkan and Juan Linz, every year since 2011. The award goes to the best thesis in political sociology which engages with themes related to the work of these two great scholars.

Haberstroh’s research examines why left-wing governments have introduced school choice into compulsory education systems despite this policy being known to entrench inequality. ‘Education is a public service that is distributed through money (in the form of teachers) and the allocation of pupils,’ she said. When parents are able to choose the schools their child attends, rather than the state allocating a school, it affects educational inequalities. ‘High choice and low selection particularly benefit students that want to opt-out of disadvantaged neighbourhood schools,’ Haberstroh explained. This can lead to ‘increasing social stratification’ and ‘segregation of schools,’ she added. 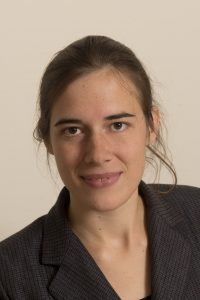 One might expect a left-wing government to support measures which promoted equality in education by denying parents the choice. ‘Parties try to improve conditions for their constituents,’ she explained, pointing to the fact that left-wing governments usually represent working class members of society. Yet Haberstroh noticed that since the 1980s, left-wing parties have also supported parental choice in schools. ‘Why would left-wing governments introduce school choice when this enforces inequality?’ she wondered.

Haberstroh pursued this curiosity about the political origins of educational opportunities to uncover why decisions were made to introduce choice into compulsory education systems. ‘When I started the thesis in 2011, talk of the financial crisis and austerity had taken over. So on a wider level, I was interested in how redistribution works, once the money has been spent,’ Haberstroh explained.

Through archival work, document analysis, interviews with policy makers and ‘new insights in the methodology of process tracing,’ she discovered that political context is very important. ‘It’s a question of who wins the day-to-day-policy battle,’ she said. For example, after the Iraq war, Tony Blair lost his political clout in educational policy too. Similarly, change is hard. ‘It is difficult to reform a system whilst it is in place,’ she explained.  Yet her thesis ultimately reveals that the constituents of left-wing parties changed during the 1980s – 2010 period. ‘Parents became more educated so they didn’t want children to be in worse schools. The left-wing tried to cater to this new middle class,’ she said.

Like all PhD researchers, Haberstroh faced some challenges during her thesis. ‘The hardest bit was to get to the question. I was turning around it for two years,’ she told EUI Life. Yet in that time she made the most of the EUI’s resources. ‘The great advantage of the EUI is that everyone is funded, which means you have the time to take courses. The researchers and faculty always collaborate in organising the doctoral programme, so the quality is really high. In terms of doctoral training, this is a great spot,’ said Haberstroh. ‘Sipping cappuccino on the Badia terrace is an exceptional experience. It gives you the unique opportunity to discuss your work and exchange ideas with peers. At the EUI, you live Europe,’ she said.

Haberstroh is currently a Postdoctoral Research Fellow in Qualitative Methods at Oxford University’s Department of Social Policy and Intervention and hopes to publish her thesis as a book in the future. She is grateful to her co-supervisors, Professors Steinmo and Culpepper for their guidance.