EUI Life recently caught up with Maarten Vink, a familiar presence in the EUI academic community since he first held a Jean Monnet Fellowship at the RSCAS in 2004. Maarten is co-director of the European Union Democracy Observatory (EUDO) on Citizenship with Rainer Bauböck (EUI-SPS) and Jo Shaw (University of Edinburgh), which is hosted at the EUI. He is a part-time professor at the RSCAS and also Professor of Political Science and Political Sociology at Maastricht University and co-director of the Maastricht Center for Citizenship, Migration and Development.

Maarten was recently in the news for having won an ERC Consolidator Grant for his project ‘Migrant Life Course and Legal Status Transition’ (MiLifeStatus), a prestigious award that will permit him to extend his research on citizenship acquisition, for another five years.  EUI Life asked him how this grant will help him develop his project, and more generally, about the importance of research networks such as EUDO in carrying out comparative research.

What has your research demonstrated up to now?

From my research on the politics of citizenship over the past years I have learned that the way in which states regulate the acquisition and loss of citizenship is enormously diverse and also much less stable than has traditionally been assumed.  There is in fact a lot of change, but there is no universal trend towards inclusion or exclusion. What my research shows is that migrants in Europe are discouraged by restrictive citizenship policies, especially those migrants who stand most to benefit from citizenship.

In what direction will you take your research now that you’ve got another five years of funding?

What I’m interested in is finding out how the differences in access to citizenship affect the pay-off of citizenship. My hypothesis is that how –and when- you get citizenship also affects what it means to you. In other words, we should not just ask whether citizenship provides a boost to migrant integration, but rather: to whom and under which conditions? I expect that citizenship can be an incentive for integration, but only for some immigrants and not across all contexts. With my project team I will analyse longitudinal data from population registers in the Netherlands and Scandinavian countries and, in addition, longitudinal survey data from Germany, Canada and the United States. Our research will focus on integration in socioeconomic domains, such as the labour market, living conditions, education and other quality of life indicators among immigrants and their descendants.

Practically, my new ERC project builds closely on the research we did a few years ago for a European Commission-sponsored project ‘Access to citizenship and its impact on immigrant integration’ (ACIT). In that project we produced extremely stimulating reports, online databases and policy briefs, although the limited time span and resources of the project of course allowed us only to go so far with our research. I’m really excited about taking this to a next level now and testing some of the ideas that came out of that project systematically and develop a better understanding of the underlying mechanisms that drive the relation between legal status and integration outcomes among immigrants.

ACIT was run by the EUDO Citizenship consortium, another example of the potential of large international research networks.  Can you comment on that?  How have these networks enhanced your research?

The European Union Democracy Observatory on Citizenship is indeed a unique example of what can be achieved if scholars pool resources and are committed to truly comparative research. For anyone interested in the law and politics of citizenship, this is simply the go-to place for information about existing regulations, statistical trends and current academic debates about citizenship and access to electoral rights. At the moment we are going through a particularly exciting phase as we’re expanding geographically and moving from our original focus on Europe to an increasingly global coverage.

As for my own research, the impact of our network simply cannot be overstated. Most importantly, I’ve learned that rigorous comparison in this field really doesn’t come cheap. You need to be a lawyer, political scientist and a sociologist at the same time, if you want to be able to interpret legal texts, understand what drives cross-national variation and be able to analyse how these differences affect societal outcomes. Since the network includes all these researchers from different disciplinary backgrounds, we can really take interdisciplinarity seriously. Moreover, there is always somebody available to answer my questions about the legal situation in a particular country and for a comparativist such as myself this is extremely valuable. 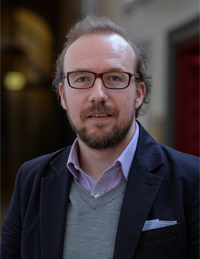