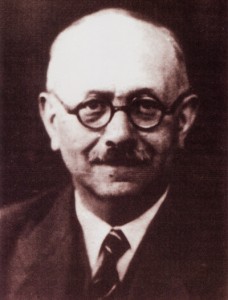 The winners of the 2015 Marc Bloch Prize will receive their awards at the Villa Schifanoia on Wednesday 22nd April. In total there were 70 MA theses for the this year’s prize recognising the best new MA thesis in early modern or modern European history and in the history of Europe in the world.

This year the jury opted to take an “ex-aequo decision”, splitting the award between two victors. The winners this year are Edgar Pereira (for his thesis “Pombalismo, Jesuítas e a  Terra nas Velhas Conquistas. Confisco e Redistribuicão de propriedade fundiária na Goa  Setecentista (1759-1777)” and Hannah Puckett (for her work entitled Narrating the Nation: Nationalist Discourse on the Muslim Presence in Bulgaria).

Marc Bloch (1886-1944) was a formidable French historian of the early 20th century and is known for his studies of  federalism.  The award celebrates the scholars who follow in Bloch’s tradition of working with comparative and transnational perspectives.