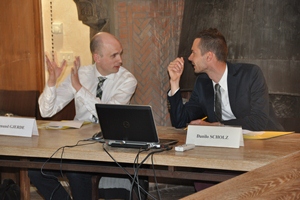 The EUI’s Marc Bloch Prize in Early Modern and Modern European History has this year been awarded to academics from EHESS Paris and the University of Oslo.

The biannual award, which is now in its fifth year, was presented on 15 April and celebrates the best new MA thesis in early modern, modern or contemporary European history and in the history of Europe in the world.

The selection committee was made up of EUI professors Laura Downs, Pavel Kolar, Luca Molà and Lucy Riall.