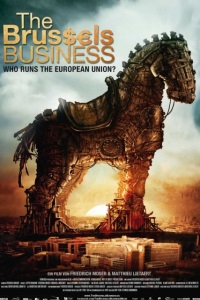 Matthieu Liethaert has the won the Belgian ‘Best TV press documentary award’ for his investigative documentary The Brussels Business.

The film investigates the role played by lobbying in the creation of European legislation and follows both a lobbyist and a transparency activist though the corridors of the EU.

The Brussels Business was chosen by a panel of journalists to receive the award and a cash prize, which Mathieu decided to donate to Finance Watch, an organisation monitoring the activities of lobbyists in Brussels.

The film was based on Mathieu’s PhD thesis on the same topic, which he worked on at the EUI.