Migration and the future of Britain in Europe

On Wednesday evening 28 February, a committed audience braved blizzards to join EUI President Renaud Dehousse in a discussion about migration and the future of Britain in Europe at the Academy of Social Sciences in London.

The event, which was coordinated by the Migration Policy Centre (MPC), brought an audience of EUI alumni and migration  experts together to discuss the public opinion about migration in Britain and Europe and the options for post-Brexit immigration policies in the UK.

Building on an ongoing series of events in Brussels, the roundtable resulted in a lively debate between an international audience of lawyers, business people and academics on one of Europe’s most pressing issues. 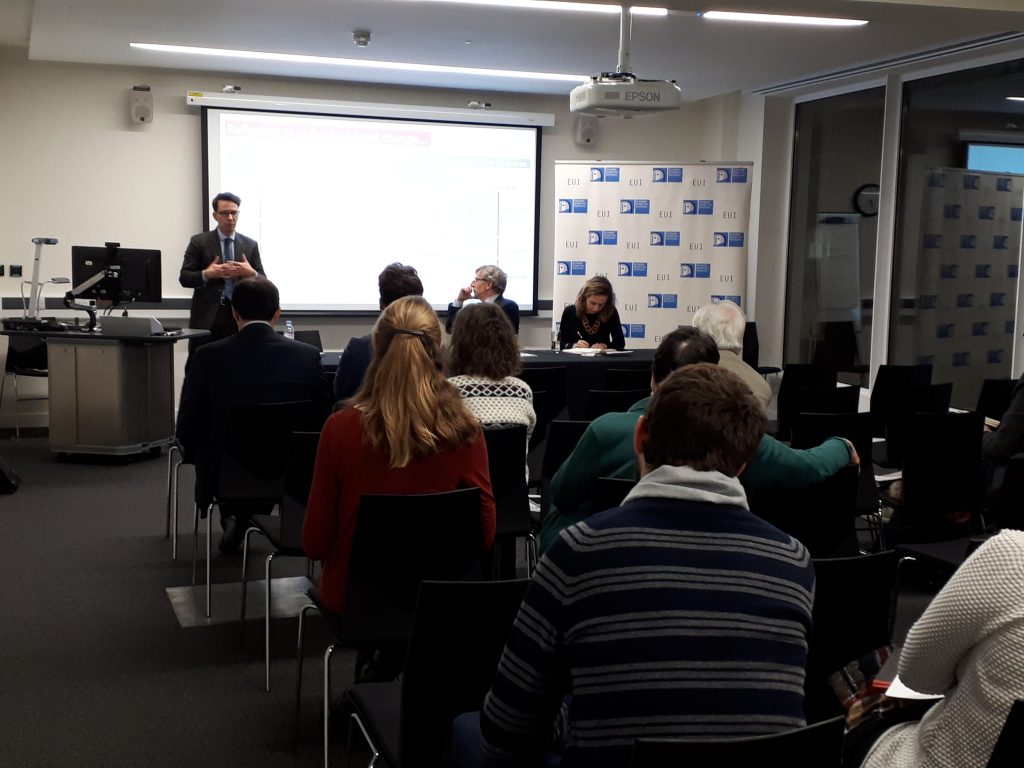 Bobby Duffy, Managing Director of the Ipsos MORI Social Research Institute and Global Director of the Ipsos Social Research Institute, presented the findings of a recent report into the changing attitudes to migration in the United Kingdom. Immigration was critical in the public debate ahead of the UK’s referendum on the European Union in 2016 and continues to be a defining issue in the Brexit negotiations. Duffy revealed that whilst people have become more positive about immigration in recent years, six out of ten people still want to see less of it.

Phoebe Griffiths, Associate Director for Migration, Integration and Communities at the Institute for Public Policy Research (IPPR) highlighted the absence of effective integration of immigrants in the United Kingdom, and argued that improvements in this area would also have a positive impact on economic productivity.

If the wintry weather had not intervened, Professor Andrew Geddes, Chair in Migration Studies and Director of the Migration Policy Centre, would also have joined the panel, to discuss the MPC’s research on global migration, asylum and mobility.

The event was followed by a drinks reception on the top floor of the Academy of Social Sciences, with views of a snow-clad Finsbury Square and London’s iconic Shard.

For those of you who missed the event but want to know more, Bobby Duffy shared his powerpoint presentation with us, which you may download here.