The Migration Policy Centre (MPC) at the EUI is co-organising a policy conference this February entitled Searching for Solidarity in EU Asylum and Border policies. The MPC, based at the EUI has recently launched several projects exploring the EU’s refugee crisis. These include research on the access of refugees to the labour market of Member States and another on the smuggling of migrants into Italy.

The conference in February addresses the most important policy developments from 2015 related to financial, physical and operational solidarity in EU asylum and border policies. It addresses key proposals from the Commission regarding Frontex and Dublin, as well as the position of Western, Eastern and Southern EU Member States and third countries such as Turkey. 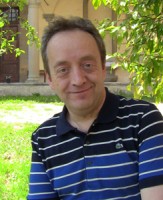 Speaking to EUI Life, Philippe de Bruycker, a Professor at the MPC explains further, “The conference will address one of the most pressing issues on the EU agenda at a moment when the Schengen Area could collapse. Instead of focussing only on the issue of the redistribution of asylum seekers around the EU Member States to alleviate the burden of Greece and Italy (the so-called relocation), the speakers will address the other dimensions of solidarity, the financial solidarity that has been too much neglected at the moment, and operational solidarity through agencies like Frontex.”

De Bruycker continues, “On this last point, the recent proposal from the Commission does not seem ambitious enough and the focus on sovereignty is regrettable as, while being fascinating, it does not address the imbalances of the distribution of the burden related to the control of external borders between the Member States.”

The conference is developed in collaboration with the Odysseus Academic Network, Université libre de Bruxelles (ULB), and will be hosted by them in Brussels.

Details of the event and registration information can be found here: http://odysseus-network.eu