The EUI is delighted to welcome a number of new professors on a full-time basis this month. 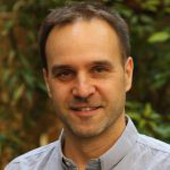 Professor Martin Ruhs joins the EUI to become Chair in Migration Studies and Deputy Director of the Migration Policy Centre at the Robert Schuman Centre. Professor Ruhs’ research focuses on the economics and politics of international migration, with a strong international comparative dimension. His books include The Price of Rights. Regulating International Labour Migration (Princeton University Press 2013) and Who Needs Migrant Workers? Labour Shortages, Immigration and Public Policy (Oxford University Press 2010, co-edited with B. Anderson). He is currently working on a research monograph on ‘multinational corporations, migrant labour and the nation state’, and a collaborative research project (with Joakim Palme and colleagues at Uppsala University) on ‘national institutions and the politics of free movement in the European Union’, funded by Horizon2020. Professor Ruhs is currently on leave from the University of Oxford. 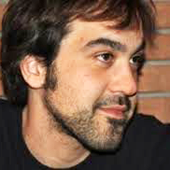 Professor Elias Dinas  joins the SPS Department and the Robert Schuman Centre for Advanced Studies as joint professor and holder of the Swiss Chair in Federalism, Democracy and International Governance, while on leave from the University of Oxford. Professor Dinas holds a PhD from the EUI (2010), and his research interests include the dynamics of political socialization, the downstream effects of institutional interventions and the legacy of authoritarian rule on the ideological predispositions of citizens in new democracies.  Professor Dinas told EUI Life that he is most looking forward to ‘creating a team of people’ – from Max Weber Fellows to researchers and colleagues – ‘that will work together and share common visions and views about research.’ 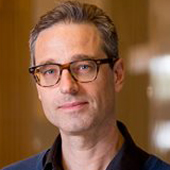 Professor Jürgen Kurtz has been appointed Professor of International Economic Law at the EUI, with a joint position in the Law Department and at the Robert Schuman Centre for Advanced Studies. He is on leave from the University of Melbourne Law School. His research focusses on various aspects of international economic law, including the World Trade Organization and international investment law. Professor Kurtz is the author of The WTO and International Investment Law: Converging Systems (Cambridge University Press, 2016). He has also acted as a party-nominated arbitrator in ICSID proceedings and as expert consultant to the World Bank, the EU and the ASEAN Secretariat, among others. Professor Kurtz was a Fernand Braudel Senior Fellow at the EUI in 2010.